Preserving Your Memories With Peter Eastway

Do you have photographs tucked away in a drawer or a box? Precious memories of family members, annual holidays and overseas trips?

The digital revolution is fantastic for everything except longevity. We take our photographs for granted, leaving them on our phone, our computer or even a special storage device, but these may not be permanent. What happens if you lose your phone or your computer crashes? Or what happens if your digital files simply get old? 15 years ago, we used floppy disks and Zip drives to store our photos, but you'd be lucky to find a computer that can read them today. Will our computers be able to read the DVDs and USB drives in another 10 years? Possibly not!

If we want to keep our photos, we need a strategy that is easy to follow. My strategy is to back up absolutely everything onto multiple hard drives. I have several copies. I also keep separate copies at my studio and my home. And every few years, I transfer all my photo files - every single one - to updated media, which these days is larger capacity disk drives.

"15 years ago, we used floppy disks and Zip drives to store our photos, but you'd be lucky to find a computer that can read them today." - Peter Eastway

Cloud Storage
Not everyone is as organised as me, so taking advantage of cloud storage is a great idea. In a perfect world, you can set your cloud storage to automatically copy all the files you put into a folder on your computer, so as long as you copy all your photos into that folder, the cloud will keep you backed up.

Occasional photographers will find this a complete solution, but advanced and professional photographers will struggle, simply because of the huge volume of photos they have. First, they will need a lot of cloud storage space with an annual fee, plus they need to upload large files using Australia's relatively slow internet connections. Maybe only your important photos should be stored on the cloud, but this takes extra time (selecting which photos are important). 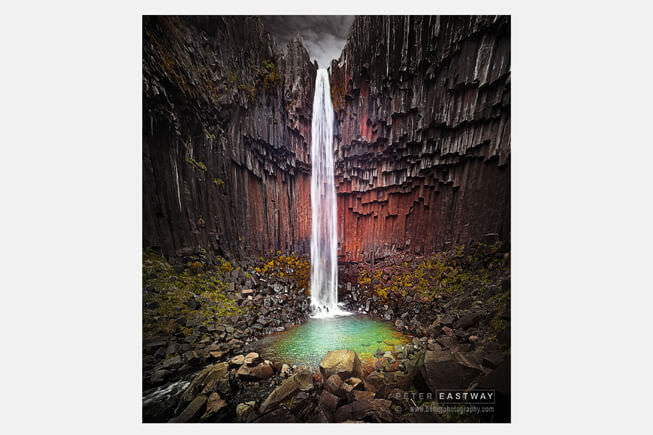 Cloud storage isn't yet a viable option for everyone, but no doubt in the future it will be better. Even so, the cloud should just be one storage option. What happens if your cloud supplier goes out of business - where will your files go? The idea of having a backup is good, having multiple backups even better. Which means you still need your own storage options at home, your own hard drives and hard copy prints.

"Maybe only your important photos should be stored on the cloud..."
- Peter Eastway

There are two suggestions for backing up, depending on how many photographs you have.

Option No.1
The first is to buy a series of external back-up drives. Make at least two copies of all your photos, one which is kept at a separate location (in case of fire or theft). You can buy 1TB hard drives for around $100, so back up is not expensive.

Option No. 2
The second is to buy a purpose designed back up system, like those from Drobo. The Drobo unit allows you to load five or eight hard drives of varying capacities, providing RAID storage (which means you have two or three copies of all your files in the unit). This is more expensive and you should be prepared to purchase the higher quality hard drives as well - they will last longer.

A Traditional Option
So that's the digital side covered, but what do your parents have? They have paper. If someone invented paper today as a new storage medium for photographs, we'd all be incredibly excited. And yet it's here. Grab your best photos and your most important memories and turn them into prints. Even better, go a step further and drop them into a photo book. It takes next to no time using Momento's software to design the book and you can have two copies made. Plus you'll have a digital record as well!

There are two types of people in the world: those who have lost a phone or had a computer crash, and those who are going to lose a phone or have a computer crash! So don't get caught out - buy some cloud storage now, grab some backup drives tomorrow, and order a photo book filled with your most important memories before the week is out.